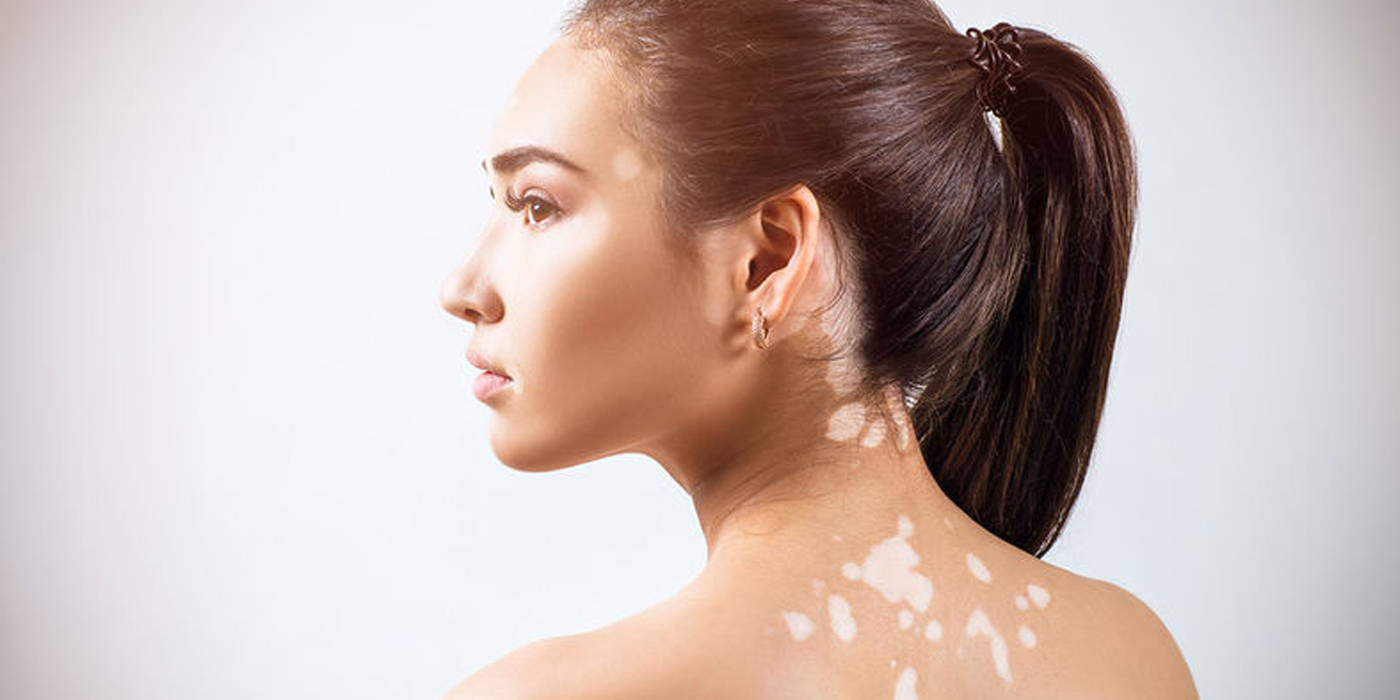 Vitiligo is a condition characterized by local discoloration of the skin. It  presents with well-defined milky-white patches of skin on various parts of the body such as hands, feet, armpits, around the mouth, eyes and genitals, as well as on sites of skin injury from various causes.  Its severity differs from patient to patient. There is no way to predict how much pigment an individual will lose or how fast it will be lost.

It is an autoimmune disorder, which means that the body itself produces antibodies against melanocytes, which are the cells that produce melanin. The reason for this is not known. Although  in 20% other family members also have vitiligo, it is not considered to be a hereditary disease.

Vitiligo affects every skin type, although it is more prominent in darker skin. It can be cosmetically very disabling and a source of stress for the patients  but it is not a life threatening disease. It can occur at any age but most often occurs in people 10-30 years old. Males and females are equally affected. People with vitiligo are in good general health, however they face a higher risk of having other autoimmune diseases such as diabetes, thyroid disease, B12 deficiency, Addison disease, rheumatoid arthritis, psoriasis, and alopecia areata

The diagnosis of vitiligo is primarily based on clinical examination and may be facilitated by the use of a Wood’s lamp. Laboratory tests are not needed to confirm the diagnosis. Patients should routinely be asked about family history of vitiligo and about family or personal history of thyroid disease or other autoimmune diseases.

Non segmental vitiligo is divided into the following categories:

The treatment of vitiligo is a dermatological challenge and remains currently unsatisfactory. Occasionally the lesions stop evolving spontaneously. In most cases, however disease progression is seen. Various therapeutic methods are available in order successful repigmentation to be achieved. This is more likely to happen on specific body areas such as face and trunk.

Treatment for vitiligo should be supervised and monitored by a dermatologist with experience in the problem. Choice of treatment depends on the subtype of the disease, the extent, distribution and activity of disease.

In those who have mild vitiligo, the treatment involves topical corticosteroids, which appear to be effective but have side effects including thinning of the skin and telangiectasias. Calcineurin inhibitors are an effective alternative topical therapy. For more extensive vitiligo cases, phototherapy (UVA or UVB) applied either alone or in combination with topical or systemic treatments (PUVA) may be considered. Treatment for at least 2–3 months is needed to determine its efficacy.