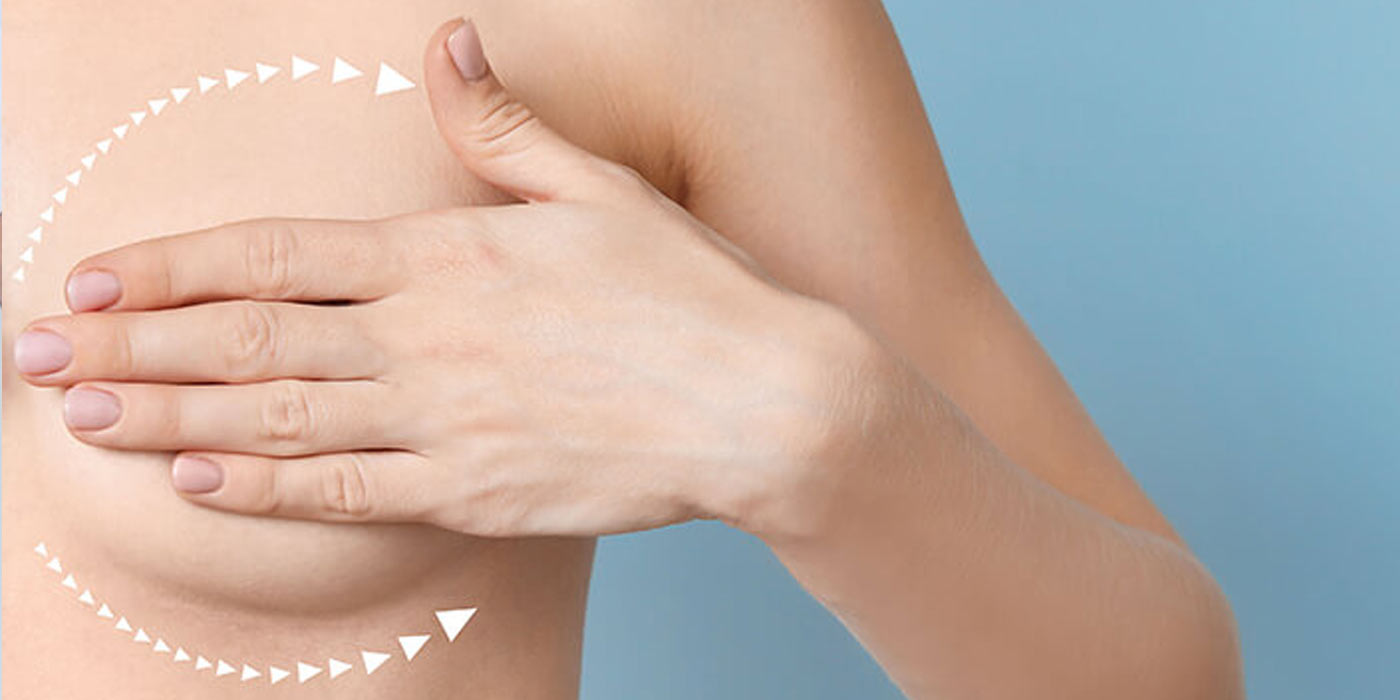 There are various techniques for breast reconstruction such as the use of autologous tissues (latisimus dorsi muscle, DIEP, rectus  abdominis muscle etc.) , heterologous methods (tissue expanders, implants) or a combination of the two.

In this case an expander is placed under the main thoracic muscle either in one stage at the same time with the mastectomy or later on as a second stage.  When the skin has been sufficiently expanded, the expander is usually removed and a silicone implant is in is placed. However, some types of expanders are not removed. In some cases the patient doesn’t need the stage of expansion so the implant is placed at the same time during mastectomy.  Later, the areola complex is formed at a second stage if needed.

This method is usually preferred when we need extra skin either due to wider excision and a larger defect as a result or for better  symmetry needs. The broad dorsal muscle with a skin island is transferred to the anterior thoracic wall and creating a sheath to accommodate the prosthesis or the expander or the implant.. This method is usually preferred in cases where radiotherapy has been performed on the skin of the anterior thoracic wall.

In this method there in no need for an implant or an expander. Part of abdominal  skin and the fat are removed from the and transferred the abdomen (breast) where it is kept alive through microsurgical anastomosis of the vessels of the donor and the recipient area with the help of a microscope. This procedure has an absolutely natural result and at the same time achieves aesthetic improvement in the abdominal area since the removal of the tissue is followed by a traditional abdominoplasty. Finally, after 6 months there is a second operation for the creation of nipples and necessary.